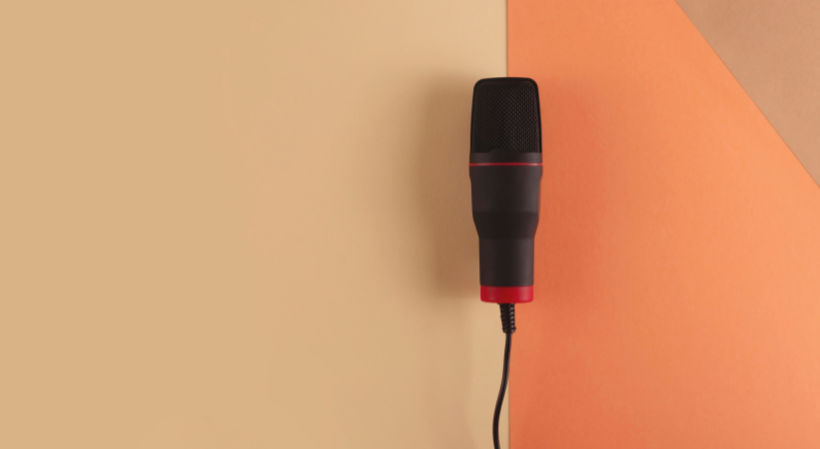 Richard Lau, the founder of LOGO.com, sat in with Nicole Davidson in her Negotiation In Real Life podcast to talk about the tips and tricks of successful negotiations.

With almost 30 years of business experience under his belt, Richard shares personal stories about the highs and lows of negotiations.

People negotiate every day without realizing it, no matter the setting and environment. How do you manage to come out of it unscathed? Keep reading to learn about some ways you can make good choices in difficult situations.

To learn more, you can check out the podcast episode here.

Negotiation In Real Life: 3 Tips To Come Out On Top

Richard shares several negotiation situations in his life, some leading to successful results and others heading to unfavorable ends.

In every interaction, a lesson is learned. May these tips guide you through handling negotiations like a straight-up pro.

1. Don’t let time pressure get to you

Time pressure can sink a negotiation. If the other party hands you a compromising time-sensitive offer, sleep on it and think it over. Chances are, the time pressure is a tactic to sway you into choosing the proposition that works in their favor and not yours.

In his early days, Richard sought a bonus after doing exceptional work in a company he was once employed with. Instead, he was given an ultimatum to choose between the money and a glowing reference. Pressured by time, he chose the reference, and years later, found that he never actually used it.

He now knows that taking the money may have been the more practical choice. In retrospect, the ultimatum may have been a test to see how solid he was with standing on his own two feet.

If you are presented with a time-sensitive offer, keep a level head and take the time you need to think it over. Don’t be afraid to get a second opinion—talk to your friends, loved ones, mentors, and confidantes. If you need more time, ask for it. If it’s not a tactic, they likely won’t see a problem giving you more time to introspect.

2. Stick to your principles no matter what

Remember that you have a certain level of expertise and principles before giving in to any offers. Don’t compromise your business identity for an easy buck.

Richard is no stranger to the world of domain names. Being in the business for over 20 years, he understands the lengths people go to get hard-to-acquire domains. He conducts his business with a sound principle: no negotiations without knowing who the buyer is.

A business broker contacted him to purchase a particular domain name, using an evidently fake website and replying in grammatically incoherent emails. The “business” was a front for a large company interested in getting a good deal. Richard picked up on this, and his partner encouraged him to stick by his principles.

“When you’re in a rush is exactly when you need to slow down.”

After some time, the actual company dropped the front, came forward, and decided to negotiate for real. Sticking to this principle essentially turned a 5-figure deal into a 7-figure agreement.

Giving in too early may lead to a smooth and easy negotiation, but you lose more when you risk your integrity as a business. Trust in your capabilities.

On the surface, negotiations may seem like a win-lose situation. But they do offer opportunities for both parties to be happy and satisfied with the result, that is, if you don’t go overboard with your approach.

During a negotiation in his youth, Richard accompanied his boss during a transaction over the purchase of a radio frequency license. Everything was set in motion, except the buyers refused to seal the deal without a 1% reduction of the amount.

After a 45-minute discussion, his boss stood up and declared the negotiation to over—the deal was off the table. The buyers had eventually agreed to the negotiation terms, but the deed was done.

“You can only push it so far.”

During a conversation with his boss, Richard wondered why it was imperative to drop the offer over a dispute of 1%. His boss stated that they overplayed their hand, nor was it about the money. You don’t need to partake in negotiations with partners that won’t bend for the sake of mutual satisfaction, especially over 1%.

Don’t wager your diamonds for some pennies.

It’s easy to get lost in the stakes of a negotiation, especially when there is a lot on the line. The best way to get ahead of the pressure is to understand that compromise and confidence are your best friends.

During a negotiation, remember to:

Don’t be afraid to make mistakes. You learn from every one of them, and sooner or later, you come closer to facilitating better agreements and relationships in the long run.

The Chipotle Logo And Brand: A Subtle Growth To Success

The Wendy’s Logo And Brand: Emotion Mixed Into Branding
Ready to make your logo?
Oops! Something went wrong while submitting the form.