Once believed to be a logo that would end up in every home, the Microsoft logo has greeted users of its operating systems for decades. As time passed, the brand grew into a multi-faceted software behemoth that made more than just the software that we grew up using.

Today, Microsoft applications are used on a variety of devices, from laptops to tablets and smartphones. Everywhere, people can see the familiar Microsoft logo, which reminds them of how the company has changed over the years.

The History Of Microsoft

It was 1975 when Bill Gates and Paul Allen found common interests at Harvard University and formed the early stages of Microsoft, a software company that would grow beyond everyone’s wildest imagination.

Their drive was so strong that Bill Gates willingly dropped out of the prestigious university to pursue his passion, and we’re sure glad he did.

With his inherent love for technology and creative thinking, Gates managed to hire a programmer whose skills could supplement his superior knowledge of computers. He focused on creating a DOS-based operating system that would work well on the IBM computers of those days.

His efforts were noticed by the leadership of IBM, and he bagged the very first deal for his venture.

However, legend has it that the idea of a software interface to drive an operating system didn’t strike Gates till he took notice of Steve Jobs’ Apple 2 computer.

Gates wanted to make IBM's business computers easier to use, so he started Microsoft with the goal of changing the way people use computers.

Other than its famed operating systems that power nearly 75% of all desktop computers in the world, the company also owns Xbox, LinkedIn, Skype, and GitHub.

Bill Gates became the world’s youngest billionaire in 1987, at the age of just 31. Since then, he has contributed substantially to the welfare of the underprivileged and has been associated with several other charitable and healthcare commitments.

The Microsoft Logo Through The Years

Some users from the past decade claim that they can hear the Microsoft logo every time they see it. It has been such an iconic and recognizable part for every person who has ever opened a computer. You can hear it right now, can’t you?

Here’s a blast from the past:

The story of the Microsoft logo and its evolution over the years is a testimony of how branding can evolve and change the perception of a brand with it.

Simon Daniels designed the first logo for Microsoft. It is written as two words stacked one above the other, reminiscent of how Microsoft was spelled with a hyphen at the time. Some may describe the concentric lines as retro and trendy today, but one must remember that this was the late seventies.

The symmetry of the letters, especially the Os, is evident. The keen eyes of today would notice how the spacing between the letters (or kerning) is slightly inconsistent, as is the placement of thinner and thicker lines on each letter of the font. This logo design established itself as the rightful flagbearer of the brand and heralds the revolution that was to follow.

Keeping with the times of sharp fonts used by Metallica, Anthrax, Slayer, and Iron Maiden on their band logos, Microsoft hopped onto the bandwagon.

This was the first time that Microsoft represented its name as a single word, rather than two words. While this logo was among the least popular ones released by Microsoft, it was also during the era of MS-DOS being launched, which dethroned IBM’s OS 2. It finally matched up to (and some would say, superseded) the LINUX and UNIX operating systems.

This was Daniel’s third logo, and it looks like he had learned his lesson. Being too trendy with your logo doesn’t last long. He adopted a sober yet imaginative logo with well-defined and simple letters and a rather busy ‘O’.

It’s here where the logo expresses its creativity. The O even has a name — the Blibbet. While it was initially intended to look like a CD, it soon began being interpreted as a steering wheel or a rising sun over the horizon.

If you have a creative logo that is open for interpretation, then your users will get creative, won’t they? Now, who else is seeing window blinds?

The brand finally cracked one of the most recognizable, long-lasting, and beloved logos in all of software history. It doesn’t try too hard, is easy to read, and is usable across a variety of formats. The release of the logo coincided with the company’s OS/2 launch and is said to be the badge of a company that was redefining computing for the world.

What better than Helvetica to express this momentous logo? Designer Scott Baker did carve his niche in the logo (quite literally) by carving a little gash into the O. Funnily, the employees of the company began referring to it as the Pac-Man logo.

It seems to be deliberate, so as to differentiate the ‘Micro’ and ‘Soft’ parts of the logo, or as Mr. Baker would have us believe, symbolize motion and speed.

This was the first logo to receive a mild edit in 2012, where the negative spaces in the M were increased to make it appear less heavy and the size of the lettering was reduced.

In 2012, Microsoft moved away from the black and white logo variation to introduce one that strongly resembled the Windows operating system logos from the past. While the name is written in gray in a neat sans-serif font, the colorful square panes take the cake.

They give a new, vibrant zing to the logo and have successfully made it more recognizable than its predecessors could ever manage.

The four colors are said to represent the variety of services offered by the company, and being primary colors, the marketing department of the company has much to play with.

The logo made it to several platforms and templates of the company’s applications, while the erstwhile colorful Windows logo (that inspired this one) has become two-color.

Symbolism And Significance Of The Microsoft Logo

While it is clear that the Microsoft logo has been directly inspired by the company’s Windows logo, it does have its own story to tell. And it’s composed of four essential parts.

The four squares of the logo each represent the key focus areas of the company.

Let’s tackle each one and determine what each brand color represents about this software.

The red square represents Microsoft Office, one of the world's most widely used office applications. The color represents the busy and dedicated energy of the suite, inspiring people to pursue their passions and work hard to achieve their goals.

The blue represents the Windows operating system, which is the most essential and well-known aspect of the business. The color signifies stability and calmness, reassuring users that Windows can take care of their needs without compromising their convenience.

The green, which is the lighter and more playful side to Microsoft, represents Xbox, the company’s gaming segment that has grown from PC games to a full-blown console environment. The color is associated with movement and excitement, showing people that Xbox is a powerhouse choice for gaming entertainment.

The yellow represents Bing, but some theorists believe it was intended to represent Outlook Messenger. Regardless, the yellow was a choice to incite optimism and creativity. Bing underwent a logo redesign in 2016, but Microsoft decided to retain its famous yellow to continue representing a message of positivity.

However, there’s more to be said about the new logo.

Microsoft chose to rebuild the Bing logo with a more modern design focused on simplicity and speed to give people a better search experience regardless of the device they are using.

The fact that the 2012 logo has stuck around for a decade proves that it is here to stay. What’s fascinating about Microsoft is how the brand’s massive footprint has taken the logo to more systems than any other.

It is here to stay and remind us of two young people with big dreams and decided to change the world, one software at a time. 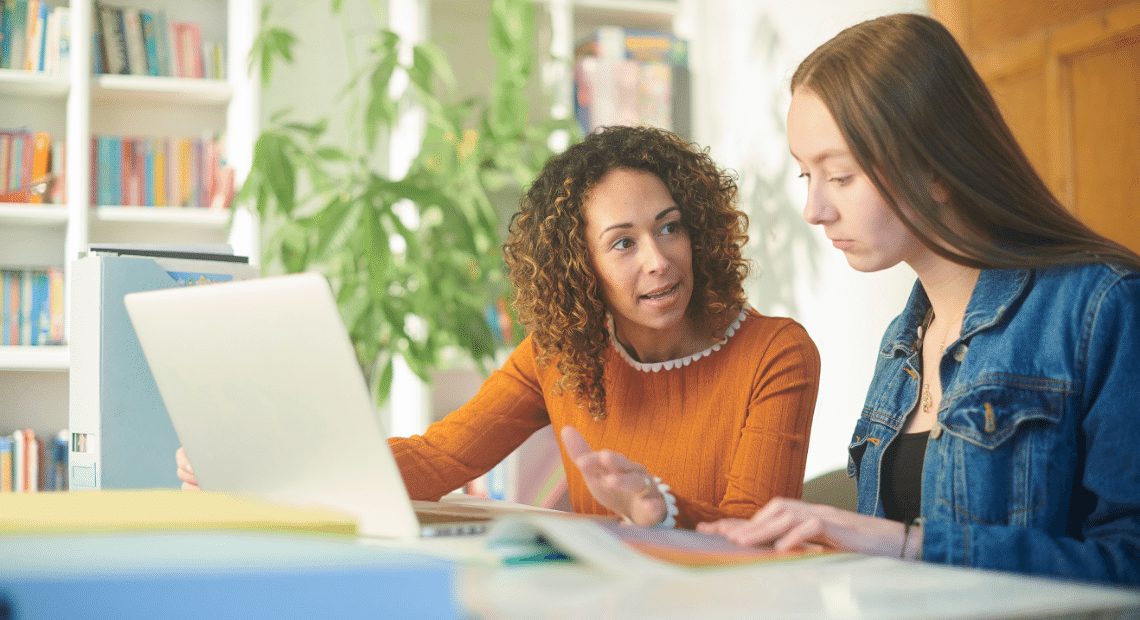 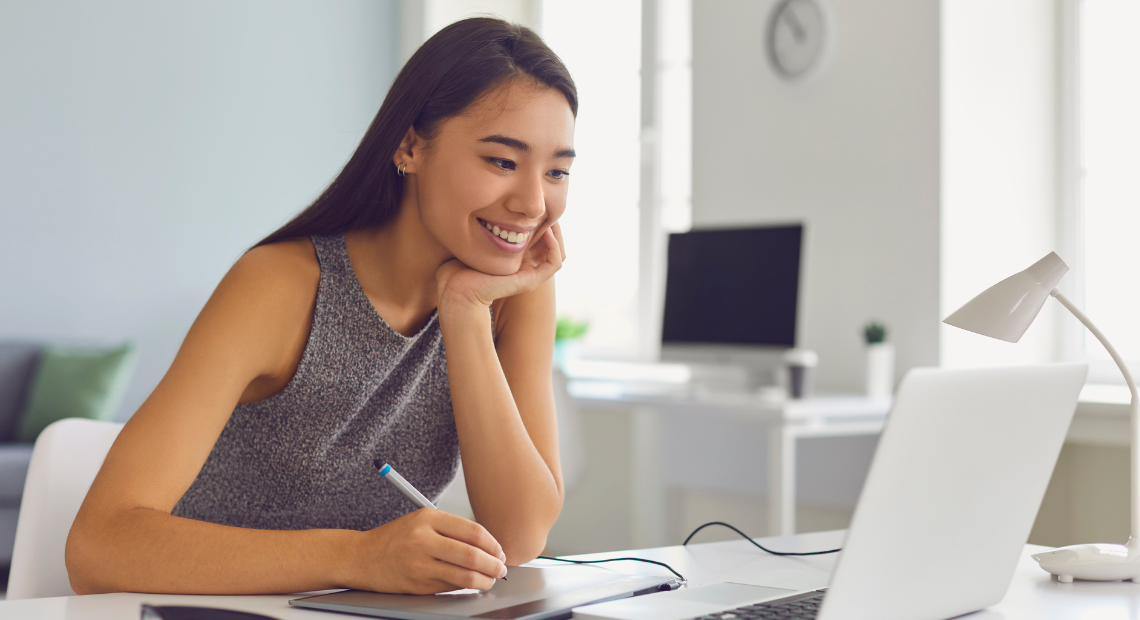