Top Tips for Video-Conferencing From Home

We have surveyed business professionals across several fields for their top tips for conducting video-conferences from home. From lighting to wifi, and more, find helpful pointers to make your video-conferencing profile more professional. And speaking of professional, try out our AI-Powered Logo Maker for a professional logo for your business! 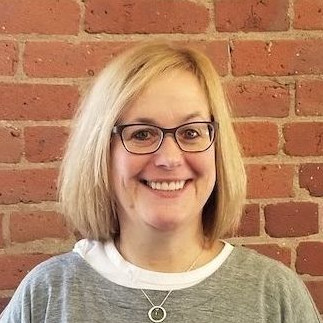 In thinking about the hundreds of video calls I’ve been on, this week alone, there are a few givens - have a professional background, be clean, be dressed, and focus on the call you’re on. After that, my biggest tip would be to MANAGE THE MUTE!

When you get on, make sure you’re not muted. There is nothing more frustrating than getting onto a call to see the person on the other end gesturing wildly because they can’t hear you, or you pose a question and get back silence, and when the other person realizes their volume is off, they’ve lost their point.

Similarly, if you’re not speaking, go ahead and mute, but make sure to remember you’ve done it! And make sure any extraneous devices have been muted. In today’s times, when families are working in shared space, muting is welcome. To quote a colleague “not muting your microphone is the new reply all.” 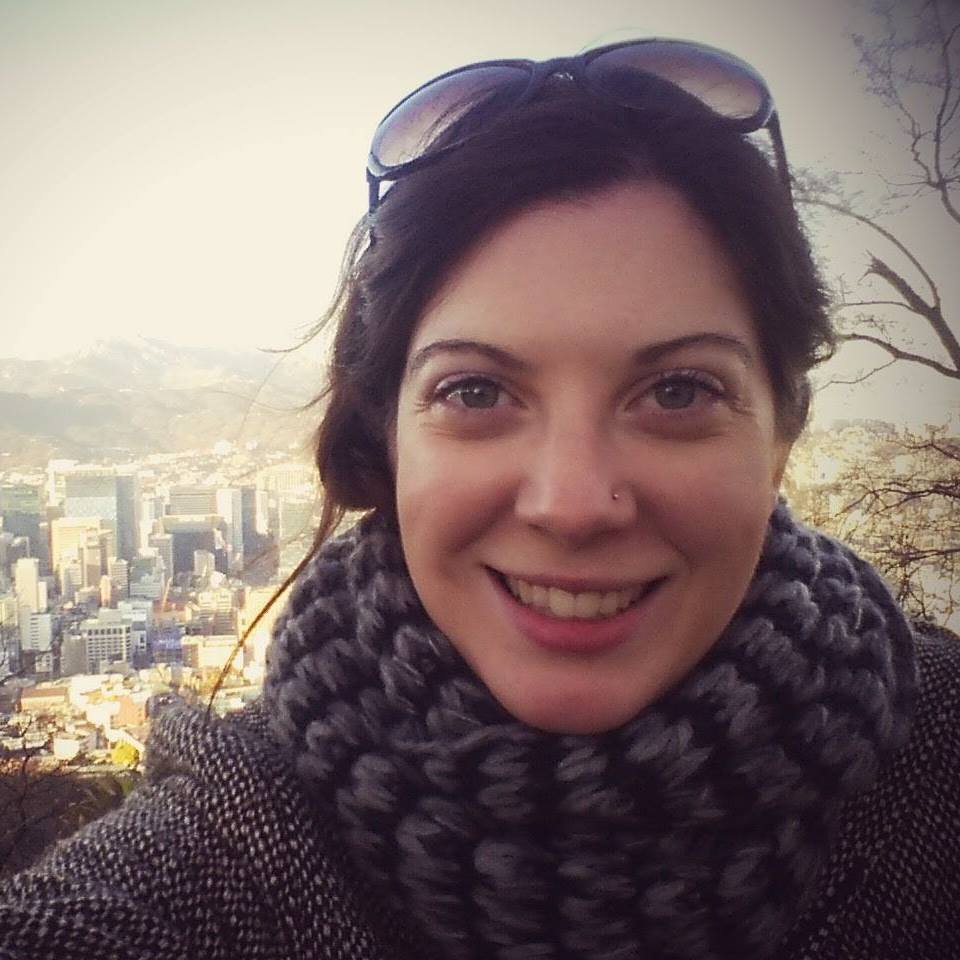 When video conferencing, you really want to avoid being in a dimly lit room (which can result in a poor, grainy video quality) or using harsh, artificial lighting (which emphasizes shadows and can be unflattering as well as make you look tired).

If possible, try to set your office or makeshift desk in a quiet, well-lit area of your home. The more natural light you can access, the better. Ideally, position your computer in a window sill or right in front of a large window, with your computer’s camera lens facing inwards so that your face is being lit by the natural sunlight. Natural lighting is much more flattering and will do wonders for your video presentation skills. Plus, being near natural light is generally better for your psychological mindset, especially with so many of us being trapped inside all day. 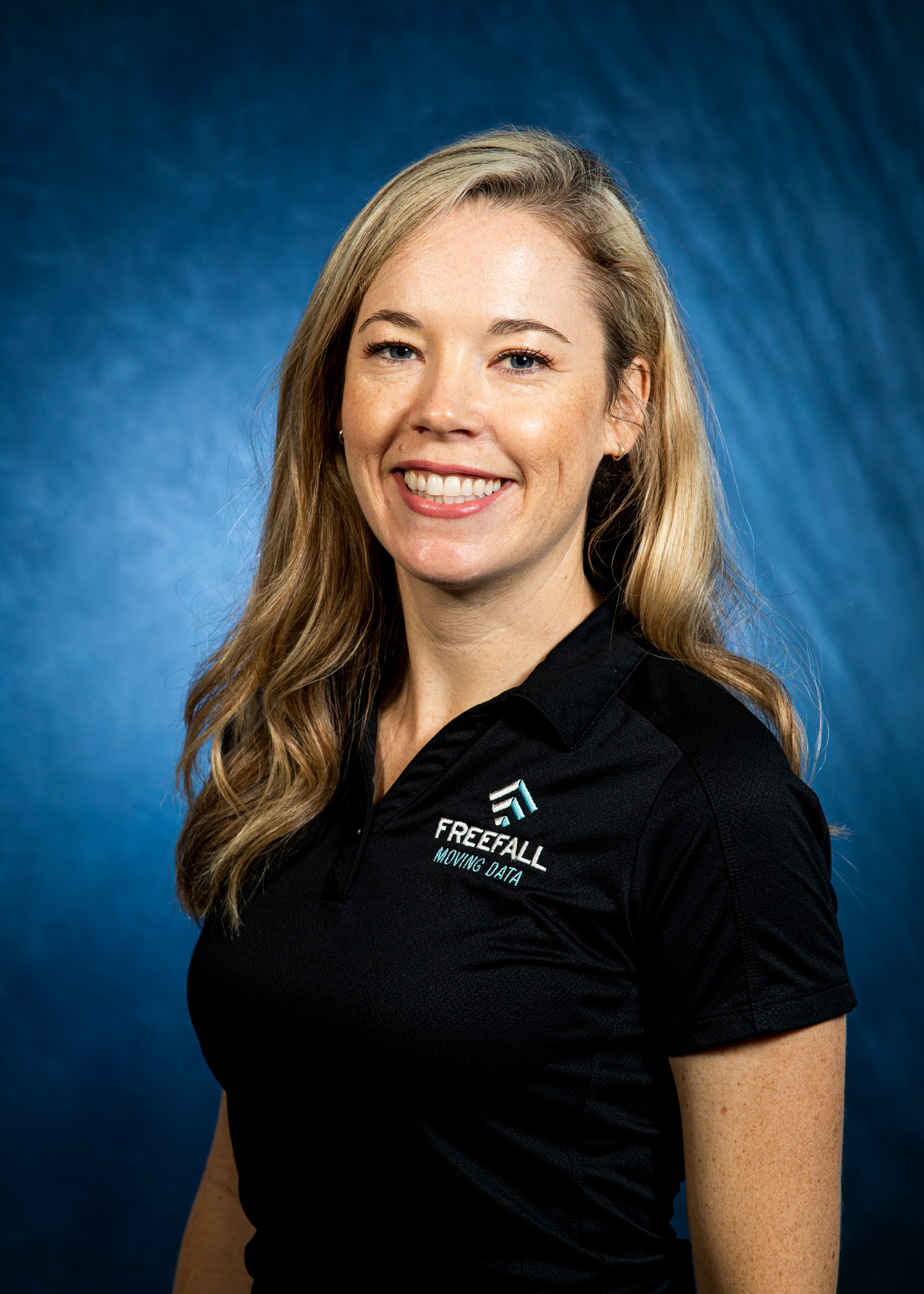 Just like when you are in an in-person meeting with a group, you should really focus on listening and being engaged. This way the meeting stays efficient, people are listening and only speaking when there is something of benefit to be mentioned. By trying to multi-task or zone out during a video conference you are not only wasting your time, but the rest of your teams. This type of behavior is pretty easy to spot also - so please do your best to stay engaged! 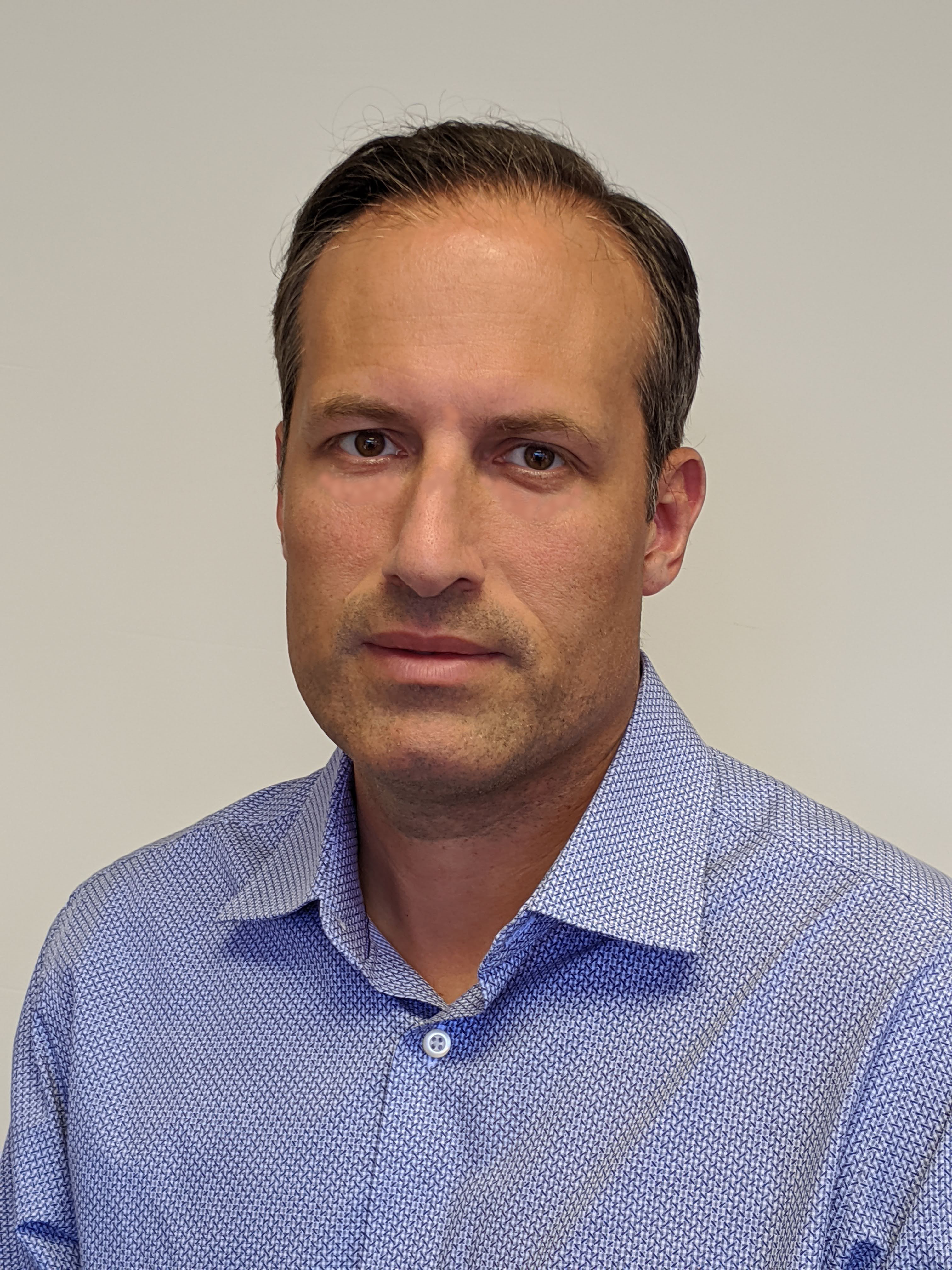 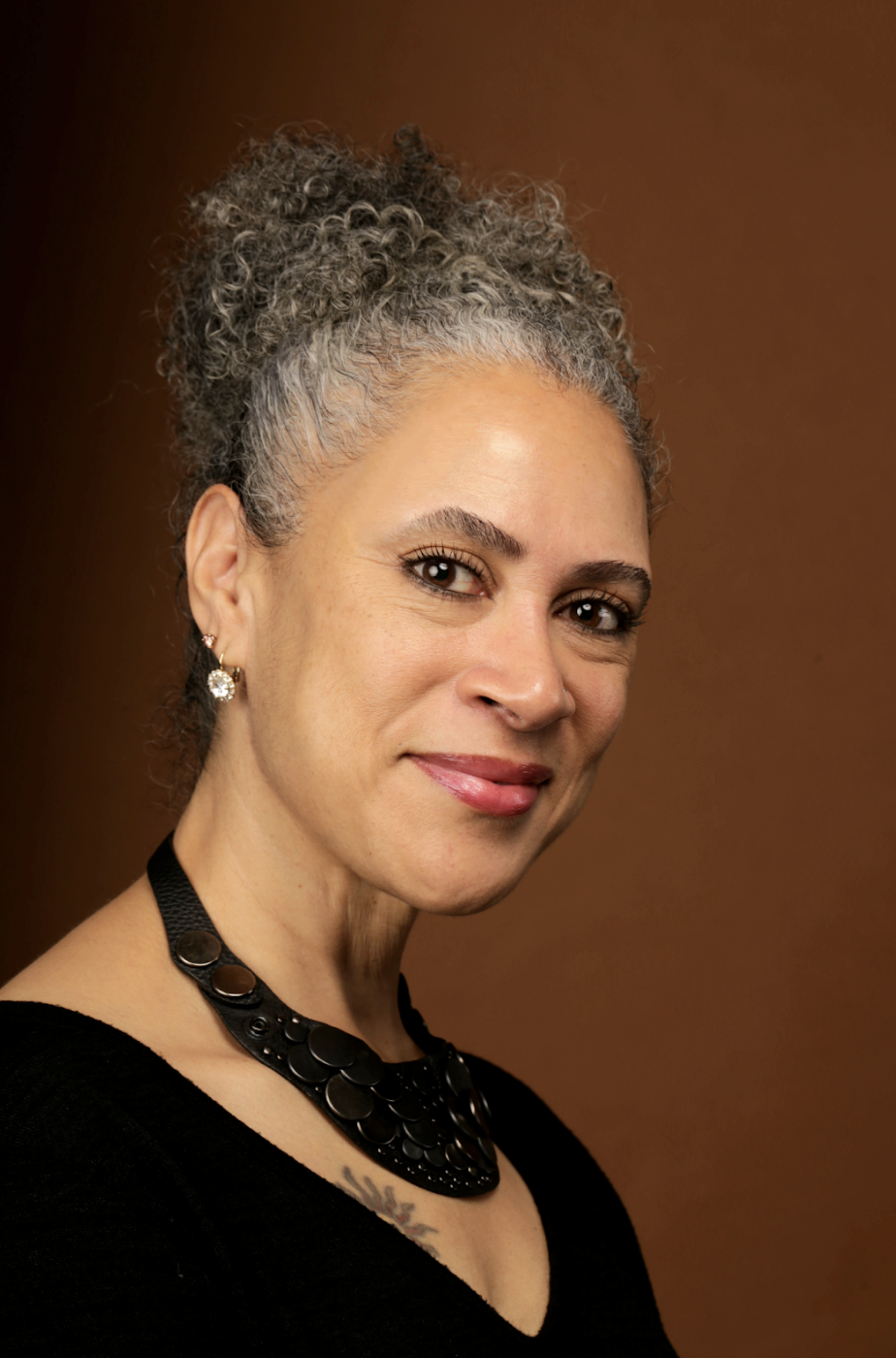 One thing that people neglect to pay enough attention to before they participate in a video call is the background. You want to find a spot without a lot of distractions or large objects hovering over your head. And if there are windows, make sure they are covered with blinds so you don't have a lot of backlight.

You want the viewer to focus on YOU, so make sure that what is behind you is neat and not too cluttered. I've noticed that a lot of people position themselves in front of a bookcase, which can communicate that are are well-read, but is the bookcase orderly? If there are books packed into every open spot or if there are too many trinkets, this can be distracting for the viewer or give the impression of disorder.

Once you have created an orderly background, position yourself so the viewer can see you from the shoulders up, and your head is centred in the screen, or slightly higher.

One thing I think people don't realize is just how resource-intensive video conferencing can be, especially in HD. If you're experiencing choppy video or audio, or others are saying your own quality is choppy, it may be because you don't have the bandwidth to spare.

Use a site to check your current internet speed before you start a video conference. You need about 1 to 1.5 mbps to have a decent experience, and that's with only one person in the conference. If your whole team is joining in, add another 1mbps per person, which can quickly put a strain on your internet.

Next, check your network usage. On a Windows PC you can do this through the task manager. See what's taking up the most bandwidth and ideally pause or stop the process before your conference. After that, check all devices connected to your network. Make sure your phone is off wifi, double check to see if anyone else is streaming something, and try to isolate internet usage as much as possible for the best conference quality. 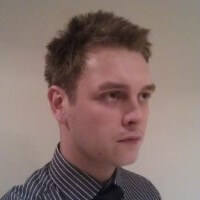 Make sure nobody is using the microwave in your home when you are video conferencing.

Microwaves interfere with WiFi signals because physically they are the same thing. Both produce electromagnetic waves with frequencies around 2.4GHz. The microwave door should theoretically block the majority of the radiation but the fact is there are always leaks and because the amplitude of these waves is much higher than those emitted by your WiFi router, it can lead to a loss of connection.

One option is to make sure your router and workstation are further away from the microwave if it is going to be used while you are working and taking video calls. Another option is to connect to your router using an ethernet port instead, then you won't be using WiFi so it won't be a problem. If you are experiencing drop-outs it may be a result of your neighbour's microwave if they are in close proximity. If you are generally having a bad experience with video calls over Wifi, switch to a hard-wired Ethernet connection and it should lead to a smoother experience.

In this role, Nancy oversees branding, corporate identity and awareness initiatives, marketing communications and public relations, demand generation and sales support efforts. Having been in the role for just over a year, her proudest accomplishment is the rebranding of BookingBug to JRNI. Prior to JRNI, she held senior marketing positions at EnvoyWorldWide (now part of Nuance), eStara (now part of Oracle) and Dailybreak Media (now called Breaktime Media under its ownership by Connelly Partners).

Meg Marrs is the Founder and CEO of K9 of Mine, a dog care site focused on helping owners understand and care for their furry four-legged friends. From in-depth training resources, breed profiles, and trick tutorials, to buying guides for choosing the best dog food and adoption score-cards, K9 of Mine has a wealth of tools and guidance for new dog owners. K9 of Mine is one of the most popular dog-oriented websites online, and their companion Facebook group Dog Lover’s Unite  has even been highlighted in Facebook’s #MoreTogether campaign, seeking to spotlight Facebook’s greatest and most active online communities. In addition to K9 of Mine’s wide array of free content published on their blog, they also offer online dog training classes for owners who want to dedicate themselves to improving their relationship and communication with their pet.

Dr. Jay Akin, Chief Executive Officer, Co-founder Before founding Mushroom Networks, the industry leading SD-WAN company, Dr. Jay Akin was a venture partner at ITU Ventures for 7 years, the venture capital arm of Brownstein Schnel Holdings which has invested in over 50 companies. Previously, Dr. Akin has worked as a senior marketing consultant at Princeton Brand Econometrics – a boutique marketing consultancy firm on Wall Street – New York. Dr. Akin has managed the Adaptive Systems Laboratory within Qualcomm Institute, a $12 million project which spun off 2 venture backed startup companies. Dr. Akin received his Ph.D. and Masters degree in Electrical Engineering & Computer Science and Masters degree in Applied Mathematics from the University of Michigan at Ann Arbor. Dr. Akin has worked on technical and research aspects of communications for over 20 years including several patents and many publications. Dr. Akin was a nominee for the Most Admired CEO award by San Diego Business Journal. Dr. Akin is a recipient of the NATO Graduate Study Scholarship award and was a national team member for the International Mathematics Olympiad in 1993.

Trae Bodge is an accomplished lifestyle journalist and TV commentator who specializes in smart shopping, personal finance, parenting, and retail.

Trae has been named a Top Voice in Retail by LinkedIn and a top personal finance expert by GoBankingRates and FlexJobs. She is a contributing editor at *Woman’s Day* magazine, a contributor at Newsweek.com and CNN Underscored, and her writing and expert commentary have appeared in Forbes, USNews.com, Kiplinger, Marketwatch, MSN, Yahoo Finance and numerous others. She also blogs regularly at Truetrae.com and publishes a bi-weekly newsletter.

Trae is co-founder of the media coaching firm, One Take, as well as the cult cosmetic brand, Three Custom Color Specialists. She is also a frequent speaker at conferences such as FinCon, Alt Summit, and Mom 2.0 Summit.

My name is Jennifer Walden, Director of Operations of Wikilawn a provider of on-demand lawn care and maintenance that connects people with the best lawn and outdoor services in 2,500 cities across the U.S.

David is a digital marketer and 'web guy' with over a decade under his belt helping SME's & individuals to use technology not only to survive but to thrive in the new digital ecosystem.

He also documents his experiments, failures and interesting tools at Mazepress. He's a total nerd who started programming at the age of 13 but if truth be told much prefers the arts.

With Mazepress, David educates small businesses and individuals on which tools can help them to be more productive and have a bigger impact with their online businesses.

As someone who has worked from home for 14 years, David is acutely aware of the challenges of working with and managing a remote team spread out across the globe.

From Music, Journalism, and Advocacy, An Interview with Renske van Kollenburg
8 Steps To Create The Perfect Logo - The Ultimate Guide
How A Great Explainer Video Can Elevate Your Business
The Design Behind the Trump - Pence 2020 Campaign Logo
Grab Your New Logo
That's bad. Please contact support for assistance.