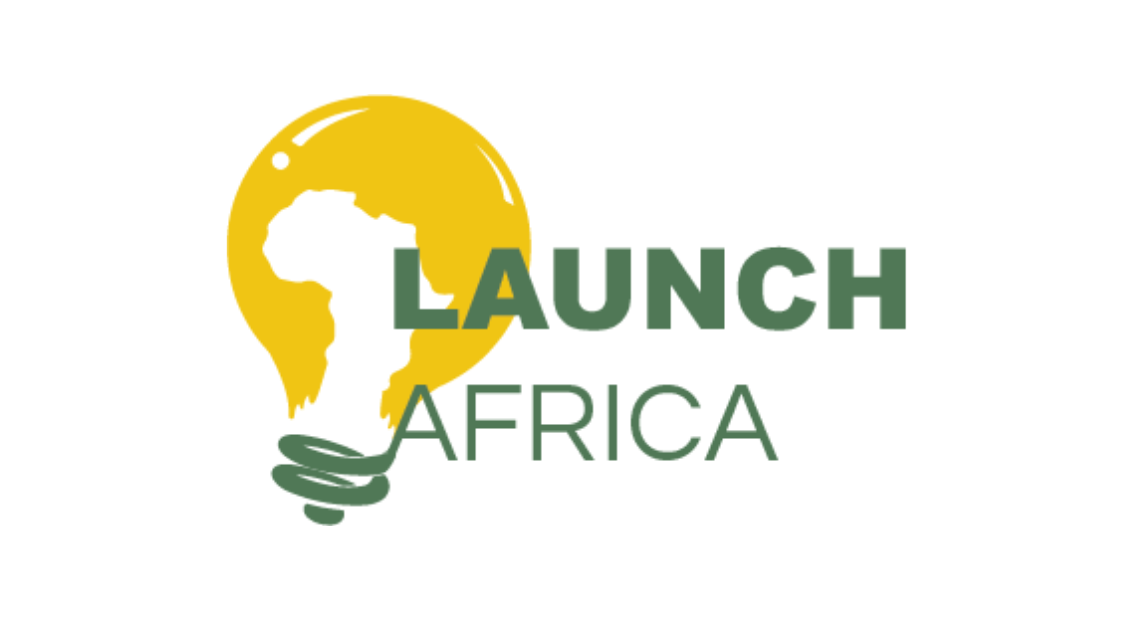 Polish-born entrepreneur, Marek Zmysłowski, focused on online businesses in Frontier and Emerging Markets. Marek is an accomplished leader and entrepreneur. He co-founded Jumia Travel – Africa's Biggest Hotel Booking Portal listed on NYSE as part of Jumia Group and HotelOnline.co – a Travel Technology Company. In 2014, he was chosen as one of the Ten Most Important People in Tech by IT News Africa Magazine. He is a Lead Mentor at Google's Launchpad and World Bank's XL Africa Program.

Marek doesn't come from a family of entrepreneurs, but an average polish family in young post-communist Poland. His mother was a teacher and his father a soldier. He didn't know what entrepreneurship means. But he was inspired by streaming Hollywood movies to get out of his small hometown and truly experience what the world has to offer. At first, he wanted to study at a technical university in the biggest polish city possible. Once he got there, he realized that his freedom was limited to the money his parents were sending him, so he took up a sales job. Marek fell in love with capitalism and dropped out of university to pursue his career in sales. He jumped from not knowing entrepreneurship to its purest form. Marek realized that the salary you earned was directly related to the hours you put in.

Are you switching lanes from finance to eCommerce startups?

Working in finance is where Marek got a taste for big money. He went from being a bullied kid in high school to this guy who thinks he's better than anyone else. His lifestyle changed pretty quickly to accommodate his new financial status - parties, expensive cars, and houses. Slowly his high-speed life started to take a toll on his mental health. Then the 2008 financial crash hit, clients were lost, all the money turned into debt resulting in Marek's bankruptcy and his resignation. He then started to work as a bartender to make ends meet.The startup opportunity came to Marek through a friend who offered him a job and shared his fin-tech company. The new post helped Marek slowly pay off his debts, giving way to his second love. The digital aspect of a startup of being able to make something great from anywhere in the world got him excited for the world of eCommerce, beginning his journey of eCom startups in Poland.

What helped motivate the decision to build the "Amazon of Africa"?

African economies are growing at a very high rate. Not solely concerning the natural resources' prices going up, but also due to the increase in internal demand for goods and services as the middle class gets more robust. However, Marek did not know anything about the African economies when he decided to move to Nigeria. In 2012, Marek had already experienced a series of ups and downs in the eCommerce startup space, and he felt like he was missing something. He never worked for a large international organization. He never really graduated from a proper university, and it dawned on him, "without any proper background, it's tough to build any successful business." Therefore, Marek decided to get an "MBA of life." If Marek were in the US, he would have worked for companies like Google or Amazon to learn from them. For Europe, the "Amazon of Europe" is Rocket Internet, the most successful internet company out of Europe who has built various businesses across the world. With pure luck, Rocket Internet was getting ready to expand its operations into sub-Saharan Africa and offered Marek a 'co-founder' job in the project. Starting with Nigeria, they had plans to open seven verticals in Africa, one being the Amazon model.

The 'Amazon of Africa'

The concept of 'Amazon of Africa' was one that was later developed. The original seven verticals were building seven different companies doing seven different things. Marek was the co-founder of one of them - the online travel business, Jovago. Few years down the line. All the managers, with the investor Rocket Internet, realized that to grow in sub-Saharan Africa, they merged all the businesses into one large company called Jumia. Just like Amazon has many different business models inside.

Chasing Black Unicorns, How building the Amazon of Africa put Marek on Interpol's Most Wanted list

Most of 'Chasing Black Unicorns' is Marek learning about and discovering Africa in his own "world." Africa has given him the most extreme adventures, both on the positive side (Amazon of Africa) and the negative side (Interpol's most wanted list). After leaving Jumia, Marek opened another business in Nigeria; as a 'foreigner,' you're always told to involve a local businessman into the fold before starting a business in any exotic country. However, without proper due diligence, the person you invite into your company can be the harm you're trying to keep out. Mostly the conflict started with Marek's local partner deciding to overturn him and take hold of the company. Unfortunately, it was relatively easy for this action to take place, the local partner bribed a police officer and presented an offer of shares in exchange for freedom. Marek's stubborn nature took a third route that deemed the arrest warrant illegal in a Nigerian court. However, the journey doesn't end there. As Nigeria is part of Interpol (The International Criminal Police Organisation), every arrest warrant issued (even if it's illegal) lands in the Interpol system and takes several years and a lot of money to fight it. And that's what the local partner had hoped: the scare would influence Marek to resign the company and let them run it. But Marek stood his ground, spent a lot of years and money, and overthrew the arrest warrant.

Africa is often stereotyped as an underdeveloped, starved continent, some insights to clear the stigma

Like every other continent, different regions in Africa are growing at different rates. Many of the African countries are underdeveloped and starved, but this is not the full picture. In a continent of 54 countries, 100s languages, and ethnic groups, there are regions in Africa that are more developed than some areas of the United States. In terms of the concept of "self-fulfilling prophecy," because charities have dominated the media with the underdeveloped regions of Africa, no one is shining the light on the positive side to find a balance and attract Investors. Africa is an opportunity many people do not see yet, but that's slowly changing, Africa is becoming the frontier for substantial business opportunities, even the cover of the economist a few months ago issued an article "The new scramble for Africa" so a lot of people are now fighting for Africa.

Building a business in Africa has been quite the journey, the drive to push on and persevere

Being bullied as a child, and the importance of the drive of proving one's self-worth in one's success

Marek was a typical bullied kid who always needed to determine, first to the outside world, then to himself, that he is worth something. This is a compelling motivation, and if you use that force in business, it will reward you with a lot of money. However, this power is a double-edged sword. You need to know how to manage the energy inside you because if you let it control you, it will destroy you in the long term. The traits that Marek looks in his employees lean towards maturity, to have the realization that it's a part of them and their journey, but they know how to turn it on and off.

How did Marek grow Jumia Travel to sign over 20,000 hotels, by targeting "low hanging fruits"?

When building the platform in 2013, Marek had signed over 20,000 hotels in 3 years, while cooking.com had 2.5 thousand, that's ten times less than Jumia Travel. This required a lot of resources and a sales team of a couple of 100. The "low hanging fruits" strategy is one Marek uses in sales; he focuses his efforts on the most accessible parts of the market. He prefers to use his energy to find new clients, rather than pursue clients who rejected him the first time. That's the strategy that helped the Jumia scale at an exponential rate.

Growing businesses from their initial stage ($0) to a $1 Million, what are some of the strategies that prove effective to climb

The $0 to $1million option is about having a mindset where you don't spend too much time thinking about the decision; instead, create a framework that allows you to make a decision fast. Define whether the decision was a success or a failure. If it was a success, double down and replicate, but if it's a failure, kill it and switch to a different route. When you run a big company as a CEO, you have to respond to everything that comes to you, opportunities, problems, etc. When you're starting a company from scratch, you have to be the pusher, because you're the one that has to get the wheels going.

Every company goes through certain stages, from the seed period to the lounge period to proof of concept period and so on. And every step of the business, different things are needed to be successful, just like economies. "Merging countries shouldn't look at the rules of the rich countries, because the rules in the rich countries have been placed after they've reached that stage." It's the same with businesses; there are rules and values that the companies stick to during their lives. But the tactics they used to get to their current stage have changed over time. "There are more things that need to be changed to keep the company growing than things that need to stay the same" A piece of advice to someone just starting out. Read a lot of books; most of the problems we are facing, people have already met, and there's a high chance they wrote a book about it.

What is Marek working on right now?

Africa has been Marek's focus from the last eight years, and it still is. However, now he's also working on his second leg of his business activity, solar energy. There's this fantastic Swedish company called sunroof.se that Marek has invested in, and now they're looking to go global and test their roofs. One thing that Marek would've done differently on his journey Wouldn't hurry so much. Marek dropped out of university too fast; he went into entrepreneurship too quickly instead of working for someone first. When you start later, you will achieve something faster, as you are prone to fewer mistakes, the more experience you have. This advice goes out to all the people who are both entrepreneurs and looking to become one, having the right knowledge and experience goes a long way.

In 2014, he was chosen as one of the Ten Most Important People in Tech by IT News Africa Magazine. He is a Lead Mentor at Google's Launchpad and World Bank's XL Africa Program.

The Chipotle Logo And Brand: A Subtle Growth To Success

The Wendy’s Logo And Brand: Emotion Mixed Into Branding
Ready to make your logo?
Oops! Something went wrong while submitting the form.